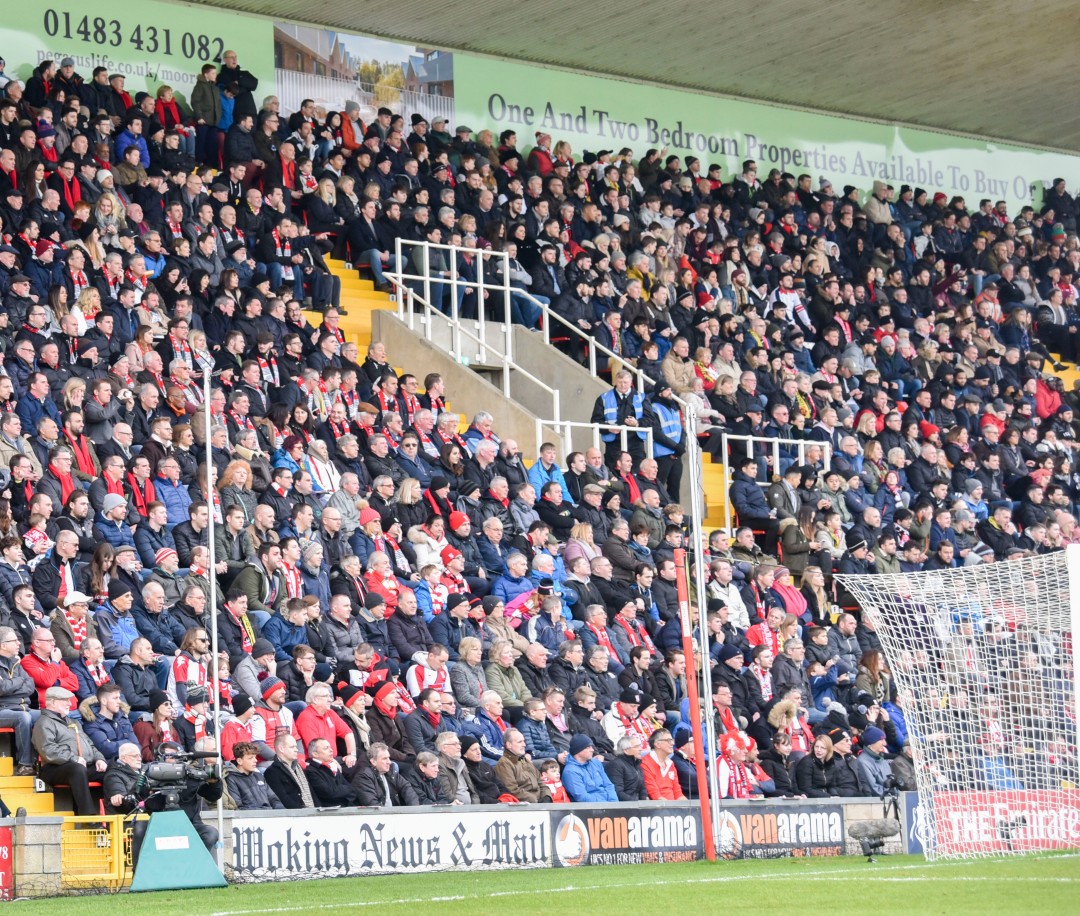 Postponements are always frustrating. You look forward to a game all week, have everything planned out – only to find out the game will no longer take place. Some are more predictable than others, be it through heavy rain or freezing temperatures. However, the postponement of our game vs Dagenham & Redbridge might well have been our best result of the season.

Despite the cancellation of all professional football in the UK over the weekend of the 14th and 15th March, The National League looked to play on. The league was following government advice, clubs were following the league’s advice and everything was set for the crowds to come streaming into Kingfield. That was until four hours before kick-off, Dagenham notified Woking they wouldn’t be travelling to the game and as a result the game was called off.

What would become clear in the days after this is that The Daggers had players who were in self-isolation due to the Covid-19 pandemic. They weren’t the only club in this predicament. Barnet, who visited Kingfield just days earlier, also found themselves with players following government advice and isolating.

What we know now

Assessment of the scale of Covid-19 on that weekend shows the reproduction number, a way of rating a disease’s ability to spread, stood at 4. This is the average number of people someone infected will pass it on to. For context, the same number is currently between 0.7-0.9 across the UK. It’s clear to see now the very real impact this could have had on our fanbase.

A proportion of fans will have fallen into ‘at risk’ categories making it very dangerous to attend, but the advice was to carry on as normal. It was announced shortly after they should shield themself from all human contact. Even those in less ‘at risk’ demographics, with the reproduction number so high, it’s likely they’d have taken the virus home and spread it amongst friends and family. A truly scary thought.

The virus’ two week incubation time meant that many didn’t realise the scale of the spread at the time. Woking manager Alan Dowson appeared on his weekly ‘Friday Catch-Up’ on 20th March stating that players were due in training on the following Tuesday and seemed confident the pandemic would pass – meaning the season could finish.

Dowson was in fact likely to be infected at the time and went on to develop serious symptoms, which resulted in him being rushed to St Peter’s Hospital, with him remarking he thought he was ‘a goner’.

Hindsight is a wonderful thing

Looking back on the events of that week and what came in the resulting months, I’ve never been happier a game was called off. This could have had a tragic impact on everyone in attendance that day. Hopefully the vast majority of fans have been able to stay healthy and we can look forward to returning one day, seeing our friends and family at the game and enjoying the beautiful game again. Until then, stay safe and healthy.

View all posts by everythingwokingfc